The Tale of Two Tosias

When I received my copy of the WA Museum’s lavish Field Guide to Shallow Water Seastars of Australia (highly recommended to seastar aficionados), the first thing I did was check out what it had to say about some of my favourite species (as you do), such as the Tosia species. Now southern RLS transectors will be familiar with Tosia australis which can be found from eastern Victoria through to Kalbarri, WA, and around Tasmania. It comes in many funky colours and patterns and rather resembles some steampunk jewellery you might pick up on eBay, so finding a few can brighten up an otherwise dull dive. And with only 6-8 superomarginal [edge] plates, it is easily separated from Tosia magnifica which has up to 16 (and is not found in WA) – so no data entry headache there…

Reading on, my pulse quickened as I came across Tosia neossia! Dammit, I’d never heard of that one, and apparently it is right in my (Victorian) back yard too, though its range is more restricted than the other two species. It occurs from Westernport, Victoria to Port Macdonell, SA; as well as east and southern Tasmania.

Had I mis-recorded it as T australis in the past? Maybe. I checked old photos and came up with only one likely T neossia, from Tasmania in 2016. I say ‘likely’ because although T neossia is advertised as only available with a limited edition two-tone colour scheme, confirmation should come from looking under the bonnet so to speak! And I had no pic of the undercarriage of the Tasmanian specimen… 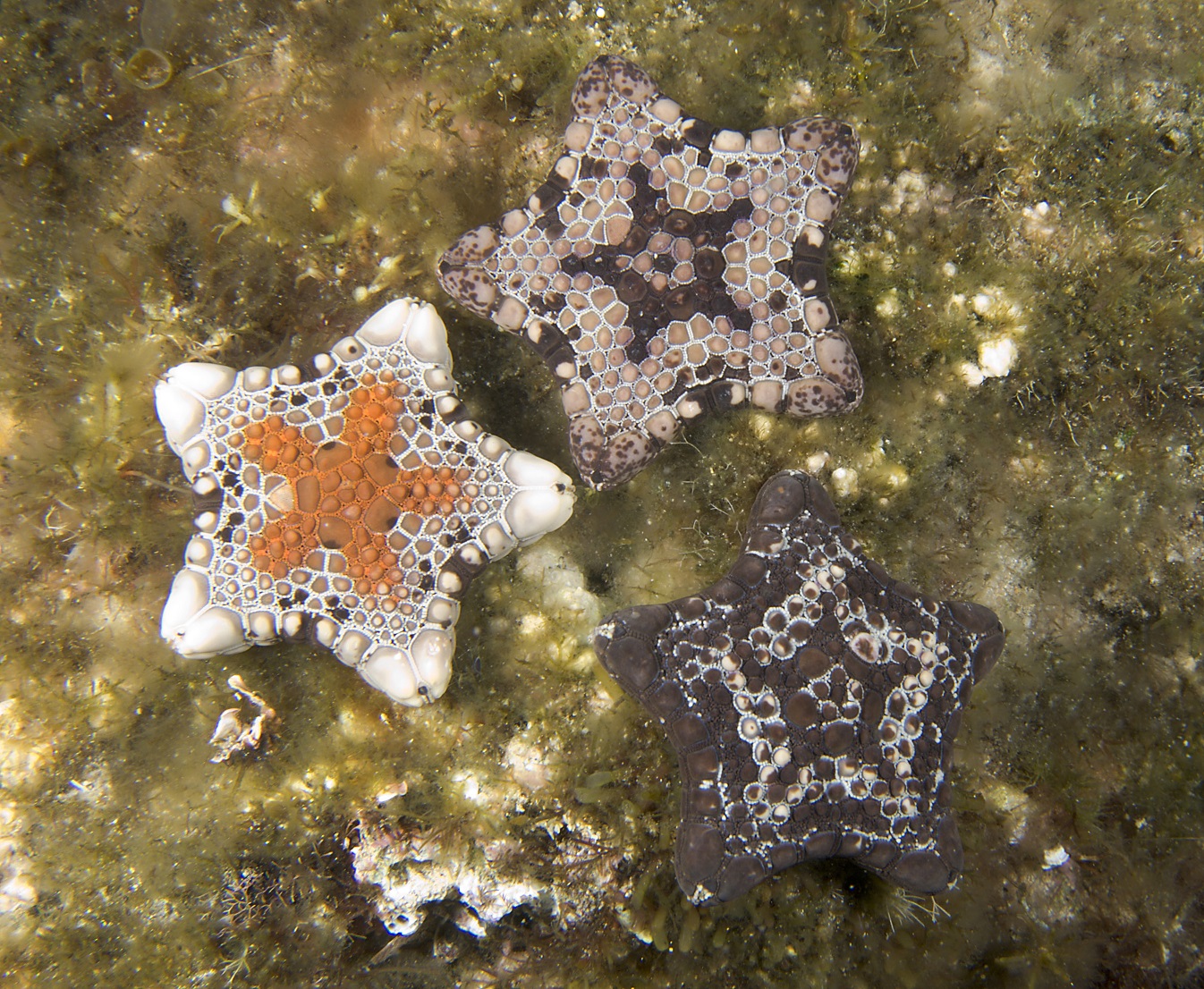 So let’s get serious about the differences. Forget about the number of edge plates (same for both – use to separate from T magnifica). Referring to the above seastar Guide, the key to Tosia species at page 279 states:

Looking at the figures illustrating basic seastar anatomy in the Guide, the oral plates are those immediately adjacent to the mouth (Fig 3 B, page 18). Now at the time of writing there was no RLS species page for T neossia so it is quite likely that other southern transectors might have mis-recorded these two species. Thus it became a bit of a mission to find and photograph T neossia, if possible in situ with T australis, and check out the colour schemes and the granule situation underneath.

Fortunately, my favourite local shore dive (St Leonards jetty) turns out to have both species on display at times. Photographing the upper and lower surfaces in sufficient detail is simple as seastars don’t move (much), right? Unfortunately, while my camera focuses on say, sand grains or goby eyes quite well, it does a lousy job on the random Tosia colour patterns and granules (I’m looking at you, Sony). So a lot of the photos I assumed were fine were not when checked after downloading, requiring reshoots. 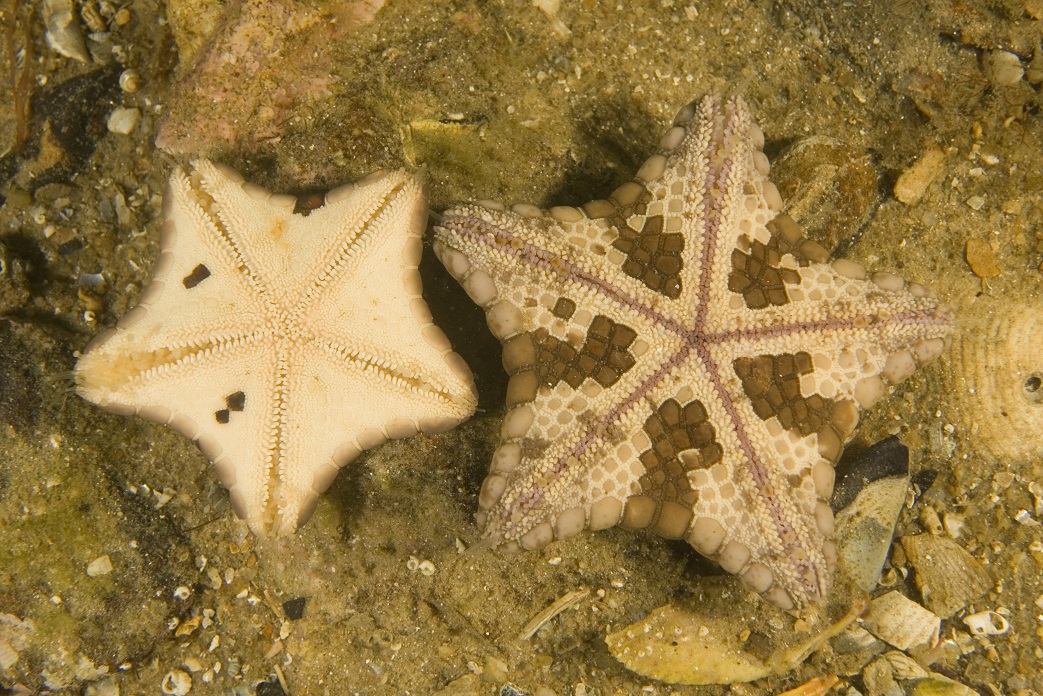 Anyway, I got there in the end. As you can see in the accompanying photos, the granules are easy to spot, and in practice it seems that many more (but no means all) of the actinal plates on T neossia are granulated, compared to few or none for T australis. Couple that with the specific two-colour design (e.g. brown/cream, red/brown) for T neossia, cf. one to at least three colours with variable or no pattern for T australis and there you have it.

Closing notes:
1. It is conceivable to mistake Pentagonaster dubeni for Tosia australis if you have never seen the latter (the ranges overlap). The colours and patterns can be similar, especially a monochrome T australis, but the big difference is that P dubeni has much more pronounced arms.
2. For those wondering if the gel jockeys have scored another win to annoy us by distinguishing T neossia from T australis, a ‘real’ difference is that the latter releases buoyant eggs which develop into swimming larvae, while T neossia lays eggs on the substrate then displays a simple form of brooding where the adult remains with the juveniles as they develop. Cute, eh?
3. I hope this article encourages other RLSers to take on ‘missions’ and write stuff they have noticed about their favourite species which might not be well known to others.