Surveying the remote reefs of Australia's North-West Shelf aboard EVIOTA.

At the height of cyclone season, a group of dedicated and, some may argue, utterly mad RLS divers headed out on Eviota for a month-long expedition to survey the remote reefs of Australia's North-west shelf.
By Ian Shaw.
February 05, 2019
Share this post to:

My wife’s first response after I was caught up in Cyclone Debbie two years earlier was entirely predictable. “December through January is peak cyclone season up there, I think you’re mad”. The lure of diving the reefs off the North West Shelf was too strong however, and I found myself with Ben, Nestor and Graham provisioning Eviota in Broome midway through December, hoping we had enough to keep us well fed until we arrived in Darwin on the 15th January.

We planned to re-survey reefs visited by Reef Dragon 6 years ago, plus we had a few more we now had permission to survey, so it was a pretty ambitious task Graham had set for us. We were lucky throughout that we had winds that generally helped us get where we needed to be, and although the distances were quite long on some legs, sailing overnight where possible meant we were able to dive every day for over 23 days, and keeping in mind each dive usually meant two transects from each buddy pair, there was plenty of activity around the computers each night.

Squalls were pretty much a daily occurrence, and the preliminary cyclone warning we received in the first week of our trip only heightened our awareness of the prevailing weather conditions. Eviota has been equipped with a state-of-the-art drogue designed to keep the stern of the vessel facing into the sea, thus preventing broaching or pitch poling, so it was deemed wise to hold a practice deployment, just so the crew would know what was involved in the event it was needed. A rather lengthy process that was quite physically demanding, especially the retrieval afterwards, but very educational and everyone felt much more comfortable having now learned the steps required, and in some cases, what not to do.

Thankfully however the weather warning for the cyclone turned out to be a false alarm, and after a few more days the drogue was stowed and we got on with the daily routine of diving, data entry, cooking, compressor duty and sailing. 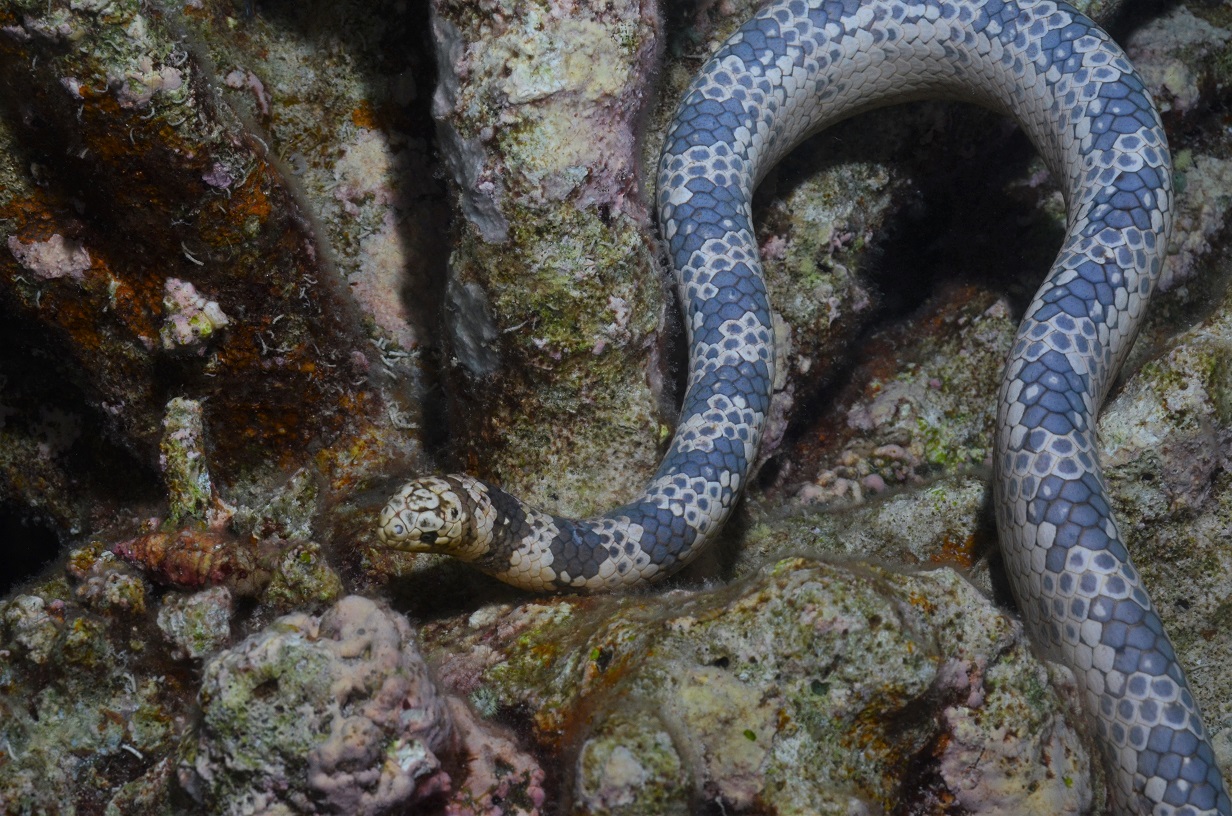 We found that typically the condition of corals on most of the reefs was poor. Turbidity around inshore islands and reefs usually meant the corals were in better condition, and there were larger fish present. Those reefs further afield are showing signs of past damage, few live corals but masses of dead corals and coral rubble. Subsequently we recorded fewer large fishes and sharks, and the phenomenon of the disappearance of sea snakes from Ashmore Reef in recent years still holds, in all of the surveys over 5 or 6 days, no snakes were sighted.

We visited Cartier Island, part of the Ashmore Island group, after RLS had received a permit to conduct surveys there. Off limits to everyone for decades, due to it being a practice bombing target during the war and the subsequent risk of unexploded ordinance, we at last got a glimpse of what it could look like elsewhere if the reefs were afforded the same protection. Abundant corals, larger fish and more diversity – if proof was needed that protection works, Cartier Island is the evidence.

During what would normally be the monsoon season it was expected we would not see many other vessels. In fact, apart from the Border Force plane that flew over every day, and the Border Force crew aboard the patrol vessel Cape York, moored at Ashmore Reef, we saw no-one for the full four weeks. The Border Force crew were very helpful, guiding us to a safer mooring up the channel at Ashmore, and advising us of where we could legally land on the island. They have a presence there 365 days of the year, and while it is quiet for them now, during the winter months they are paid regular visits by fishermen from Indonesia. Their presence helps to protect the reefs from illegal fishing methods and subsequent damage. 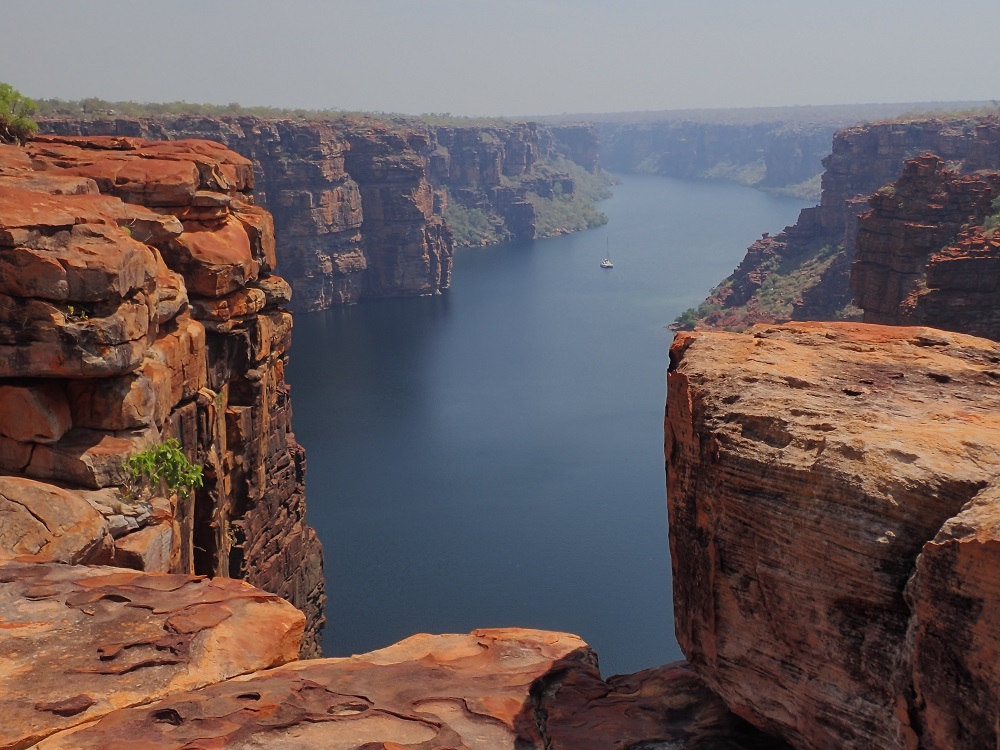 On the way to Darwin after the surveys were completed, we called into the King George River Gorge, for an overnight stay and some welcome sight seeing. Graham and Nestor climbed to the top of the gorge at the Eastern Arm and Twin Falls, neither of which had water flowing, and returned with some great photos. A spectacular part of the country, it is easy to see why government tourism boards are promoting the Kimberley Region as they do.

We were back in Darwin 2 days later; the monsoon still hadn’t started, and Darwin was hot and sticky. The chores of cleaning Eviota ready for the next crew were begun and the realisation our trip was over finally hit. All up we had completed transects at 78 sites, we all did at least 40 dives each, and we four were still talking to each other! I think you would have to say it was a very successful trip.