After our first attempt of the annual 2021 Fleurieu training weekend in February was cancelled due to hairy weather, everyone was waiting with baited breath for the rescheduled trip on the 20th March. Thankfully the weather gods were kind to us and we were blessed with four days of calm, sunny weather to complete another successful South Australian RLS training and survey weekend. A total of 12 divers completed 32 surveys at 8 sites within the Encounter Marine Park at Rapid Head, Carrickalinga, Second Valley and Kangaroo Island.
By Alexandra Lea
July 20, 2021
Share this post to:

This year brought another group of keen and enthusiastic survey divers. They were rewarded by spotting the elusive Harlequin fish at Second Valley on the first day. These iconic and long lived fish are not found very often in the Gulf, so it was a treat to find one at Second Valley. Second Valley also treated our survey divers to plenty of Western Blue devils (Paraplesiops meleagris) and a leafy seadragons (Phycodurus eques). 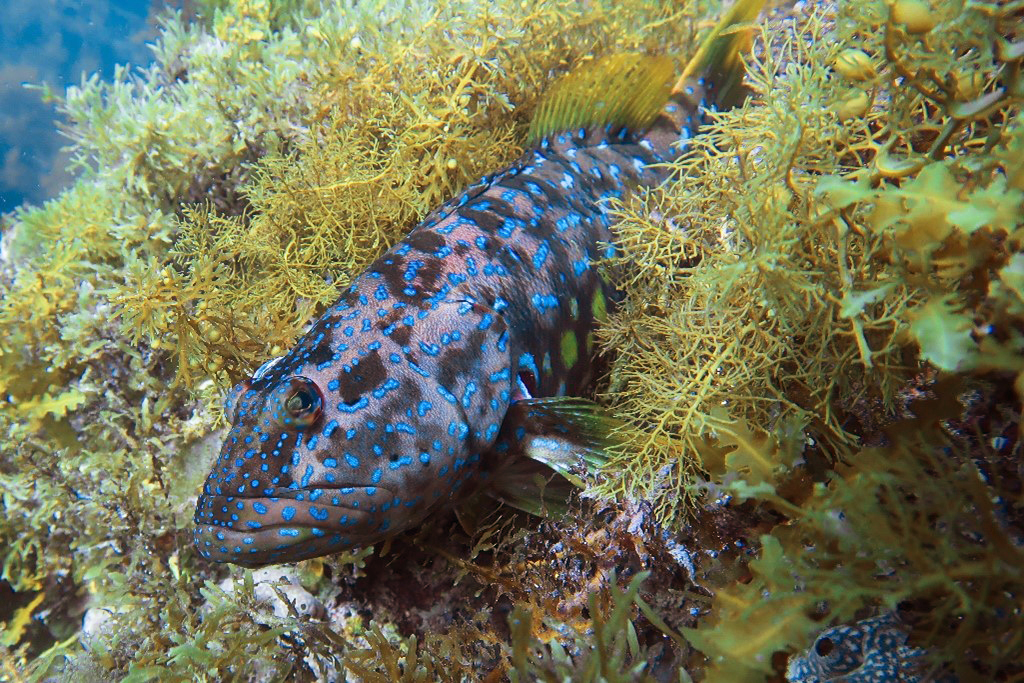 The reputation of our South Australian RLS divers being cryptic specialists continued, with several sightings of warty prowfish (Aetapcus maculatus), kelpfish (Chironemus georgianus), silver spots (Chironemus maculosus), weedfish (Heteroclinus spp.), goblinfish (Glyptauchen panduratus), velvetfish (Apoloactisoma milesii) , large flatheads (Platycephalidae spp.), and dragonets (Bovichtus angustifrons). One of the particularly big flatheads was spotted enjoying its dinner, sighted with a leatherjacket in its mouth! Divers were also lucky enough to find a very large Spotted Wobbegong (Orectolobus maculatus) which happily slept in its cave whilst we carefully got a closer look to identify it. Needless to say many divers did get a startle when the signal for “shark “was displayed – which was quickly followed up by a scribble on slates to specify the type of shark (i.e. non “bitey” one!). For the Pokémon lovers we were also fortunate enough to find a “Pikachu” nudibranch (Jorunna spp). This species has not yet been recorded in the database for South Australia so it was exciting to find this cute guy on transect. 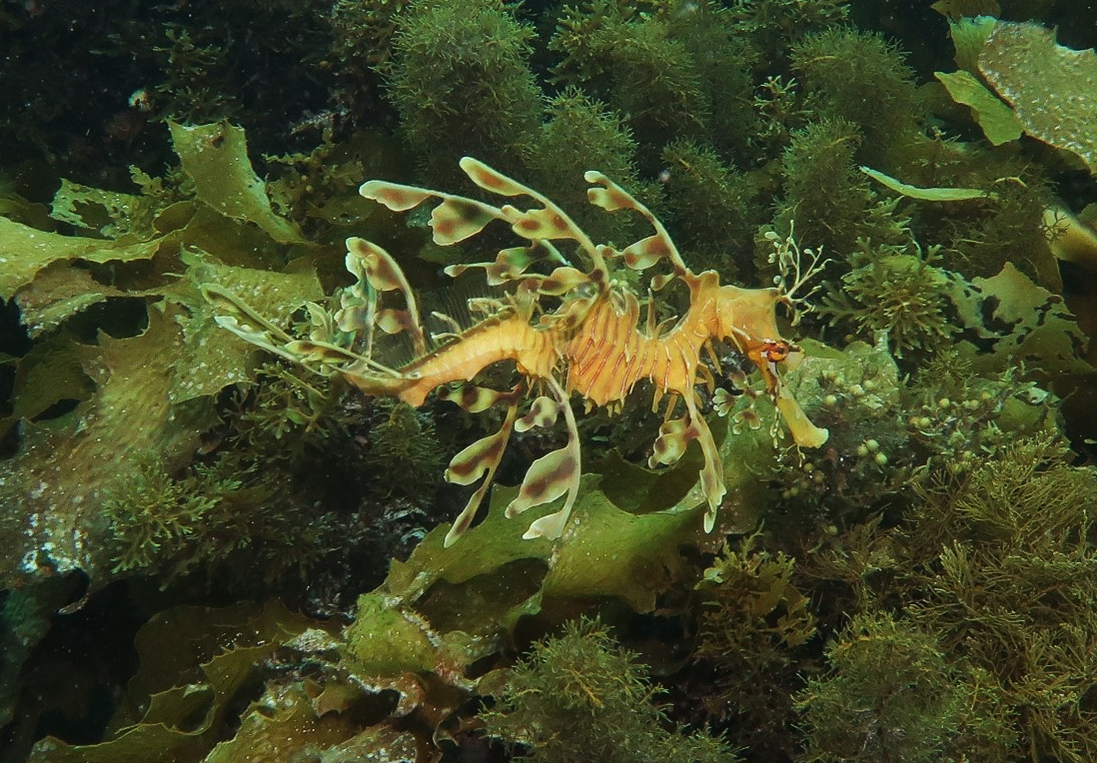 One of the highlights of the training weekend was the opportunity we had to survey the Sponge Gardens at Kangaroo Island, a refuge for iconic fish species. Some described the journey over to Kangaroo Island as the smoothest they had ever experienced across the Backstairs Passage. When we arrived the water was teeming with tiny immortal jellyfish (Turritopsis dohrnii). I finally got to see my very first Harlequin fish (Othos dentex) on the first dive. A very inquisitive fish that sat in the kelp checking us out from a distance while we were surveying. The second dive, gave the team more sightings of harlequin fish. There was also plenty of sightings of other South Australian iconic species including Southern blue devils, Western Blue gropers, giant cuttlefish and southern rock lobsters.

All in all it was a fantastic trip with an excellent group of people. Thank you to all the volunteers who participated in this trip and support provided by Green Adelaide and Underwater Sports Diving Centre. Special shout out to RLS diver Alicia McArdle for braving the COVID-19  travel and border arrangements flying down from QLD to participate in our surveys.