The ninth consecutive, annual Rottnest Island survey weekend was held on the 20-23rd May, and saw a large team of thirteen dedicated RLS divers gather at the research station.

With an unfavourable forecast, everyone worked incredibly hard on the first Friday, with teams on two boats managing three of the core sites before the weather caved. Saturday saw 100 km ph winds and 6 m swells, which signalled the end of the diving. Six priority sites completed on Friday, plus two surveyed on a weekend just prior to the annual gathering, meant that most of the sites monitored since 2008 were still covered. Key observations included persistence of many tropical species, which the team noted included more adults of warm water species than previously surveyed, as well as a not so often observed silverspot (Threpterius maculosus), a few dhufish (Glaucosoma hebraicum) and lobsters (Panulirus cygnus) at sanctuary zone sites. 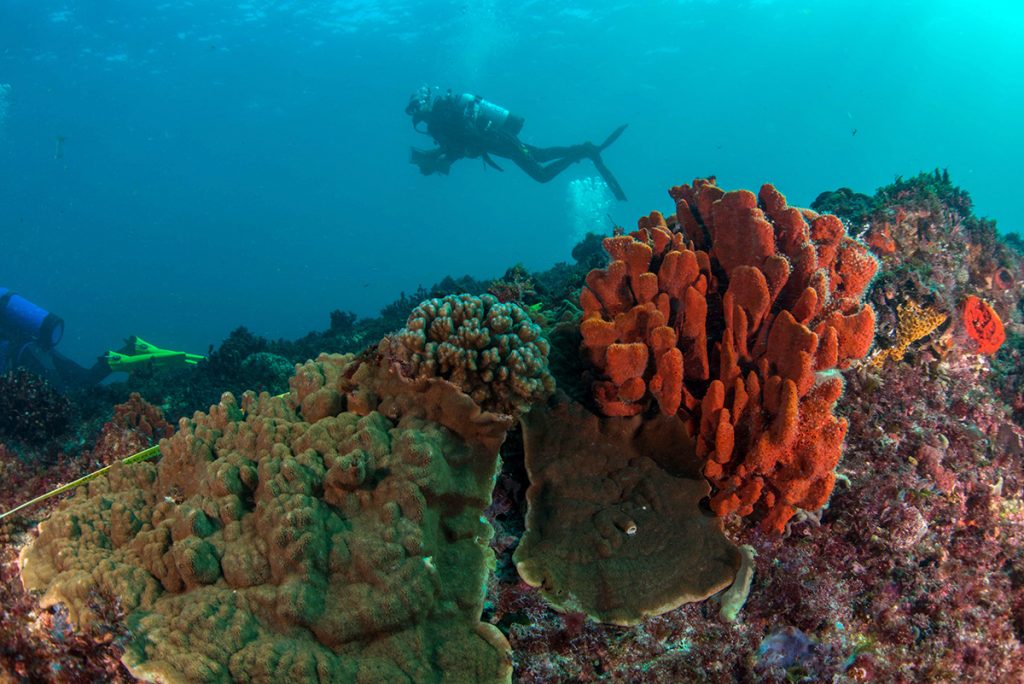 And as is always the case with RLS teams, time is never wasted – despite being forced out of the water with the bad weather, a mini-symposium was held, in which we were all able to learn a little bit about the research and recent expeditions of our fellow RLS divers. Presentations covered recent and current honours and PhD projects, and visual tours of remote reefs where divers have recently completed RLS surveys on-board the sailing vessel Eviota.

A very well-deserved thank you to Cass Thomas and the Rottnest Island Authority, who continue to support the annual Rottnest reef surveys, and also to the WA State NRM program for funding that has to allowed the WA RLS team to expand into a strong and productive team. Steve Day and John DeBoer also generously donated their time to run the Underwater Explorer’s Club vessel, which has been a big part of enabling large RLS teams to gather at Rottnest each year. The efforts of all team members (listed below) are also gratefully acknowledged, particularly Paul and Kevin, who were instrumental with logistics.