RLS SPAIN HAS REALLY TAKEN OFF...

...and in more ways than one. Reporting 300 completed surveys, with at least two replicates per site, the Spain group has also expanded their efforts to areas off Northern Africa, Portugal and the Canary Islands.   Just last month, the Spanish Ministry of Defence offered RLS Spain divers, Jose and Natali, the use of their helicopter to access a number of remote islands off the coast of Morocco. “Accessing these military controlled sites is very special,” says Jose. “These areas are beautiful because they are isolated from big cities and have restricted access.” Jose and Natali completed four transects in two areas, Peñon Velez de la Gomera and Alhucemas.

Although the pilot did not authorize the divers to jump into the water directly from the chopper, being transported via helicopter then military vessel to their survey location was thrilling. 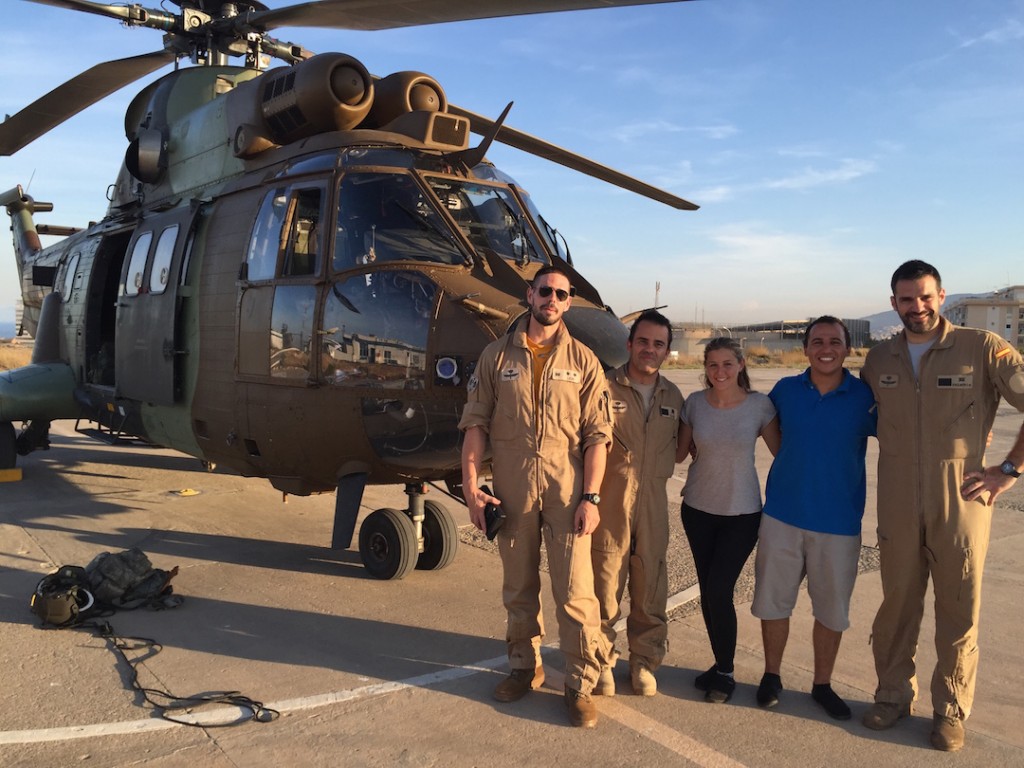 Jose and Natali with pilots from the Spanish Ministry of Defence.

Early survey data is showing a higher diversity of fish and invertebrate species in these military areas than other RLS Spain sites. There was also a higher abundance of common species such as Damselfish (Chromis chromis). Jose named species of interest seen on this trip, such as Grey Triggerfish (Balistes capriscus) and an enormous European Seabass (Dicentrarchus labrax).

RLS Spain currently has 18 active volunteer divers primarily out of Vigo and Tenerife, with the group under the Bites Lab of Mikel Becerro. Thanks to Jose Sanabria for sharing this story and photos and stay tuned for more adventures from Spain!