Reef Life Survey on the launch of the Handfish Conservation Project

In response to the immediate threats facing the Red Handfish as identified by RLS, the Handfish Conservation Project launched today in an effort to ensure the conservation and protection Tasmania's precious Handfish species.
By Reef Life Survey.
December 12, 2018
Share this post to:

Reef Life Survey has been monitoring the only known remaining population of critically endangered Red Handfish (Thymichthys politus) since 2010, and an extensive search by RLS divers confirmed a second population earlier this year.

In what is a very clear example of the value of citizen science for threatened species conservation, RLS’ surveys of the fish, their habitat and cohabitant species (including sea urchins) have provided the sole ecological information basis and impetus needed to set up a new research and recovery project, and gain the government and political support needed to save this species from extinction. 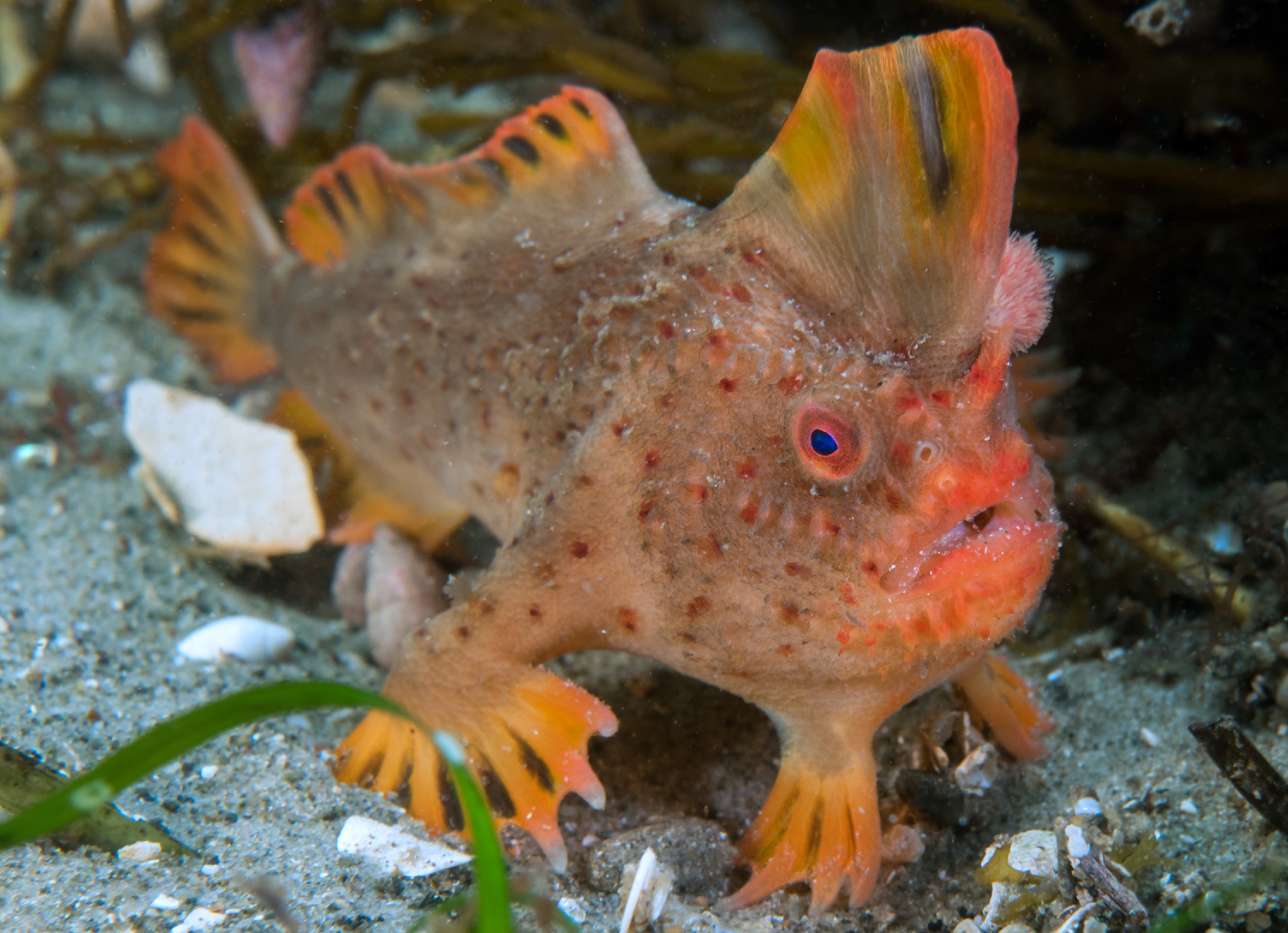 In response to the immediate threats facing the Red Handfish (as identified by RLS), as well as the known threats to other Tasmanian Handfish species, the Handfish Conservation Project was launched this morning by the National Handfish Recovery Team.
The project represents a collaboration between IMAS, CSIRO and other project partners, that ultimately aims to halt the decline of three of Tasmania’s critically endangered Handfish species: the relatively well-known Spotted Handfish (Brachionichthys hirsutus), the Red Handfish (Thymichthys politus) and the Ziebell’s Handfish (Brachiopsilus ziebelli, which has not been seen in over a decade).

RLS will contribute to The Handfish Conservation Project through ongoing monitoring of the red handfish populations with trained citizen scientists, and assist in the search for other remaining, undiscovered populations.

The future of these beautifully weird fish is now in all of our hands. If you would like to learn more about Handfish or how you can lend the Handfish a helping hand, visit handfish.org.au.