The second year Rocky Cape, in north west Tasmania has been monitored by RLS has continued the trend of interesting records. Eleven RLS divers completed 28 transects across 8 sites, scoring 51 species of fish and 41 species of mobile invertebrate.
By Rick Stuart-Smith
March 30, 2017
Share this post to:

The second year this location has been monitored by RLS has continued the trend of interesting records. A group of 11 RLS divers gathered at Sisters Beach this year – Kate Fraser, Carolina Garcia, Richard Ingram, Scott Ling, Grant Pearce, Marianne Purton, Fred Rueff, Laurel and Rowan Trebilco, Jeremy Ward and Rick Stuart-Smith. Although there were some logistical challenges, the survey weekend was very successful, with 28 transects surveyed at 8 sites, scoring 51 species of fish and 41 species of mobile invertebrate.

And for the interesting finds: 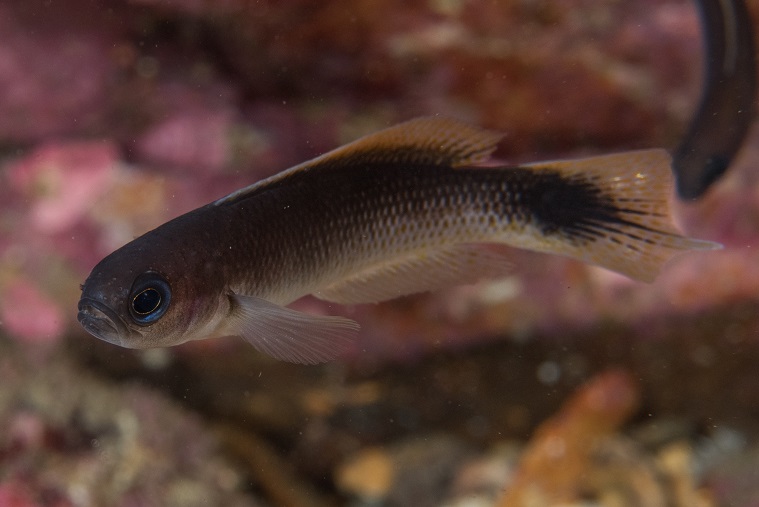 We were also incredibly lucky to be able to jump in the water with bluefin tuna. We estimated the school to be perhaps 500-600 strong, of 5-10 kg fish feeding on plankton. They were schooling not far from one of the RLS survey sites, and provided a super-impressive lunchtime snorkel, and refreshing period before a solid afternoon of data entry.

We would like to thank the Cradle Coast NRM for their financial support of this survey weekend again, through a Natural Connections grant with support from the Australian Government’s National Landcare Program. Grant and Richard from Cradle Coast NRM also participated, getting their hands (and bodies) wet to help out. Fred’s help bringing along his boat and skippering was also very much appreciated.