After an intensive tropical training expedition at Ningaloo Reef, a team of dedicated RLS divers emerged capable of handling the enormous challenge of visual census of diverse tropical fish faunas.

While RLS has proven enormously successful in collecting robust and invaluable species-level data from high latitude rocky reefs right through to tropical coral reefs, surveys of more diverse tropical fish faunas to date have been undertaken by a small subset of RLS divers with the experience in species-rich situations. Such is the challenge of undertaking visual census in diverse coral reefs that other organisations collecting data in these habitats survey only subsets of the fish fauna (e.g. particular families or species of interest), and consequently reduce the level of detail, and thus utility of the resulting data. The collection of data at the highest level of detail possible is one of the things that sets RLS apart from other organisations universally (the level of commitment shown by RLS volunteers is of course another that is closely linked). 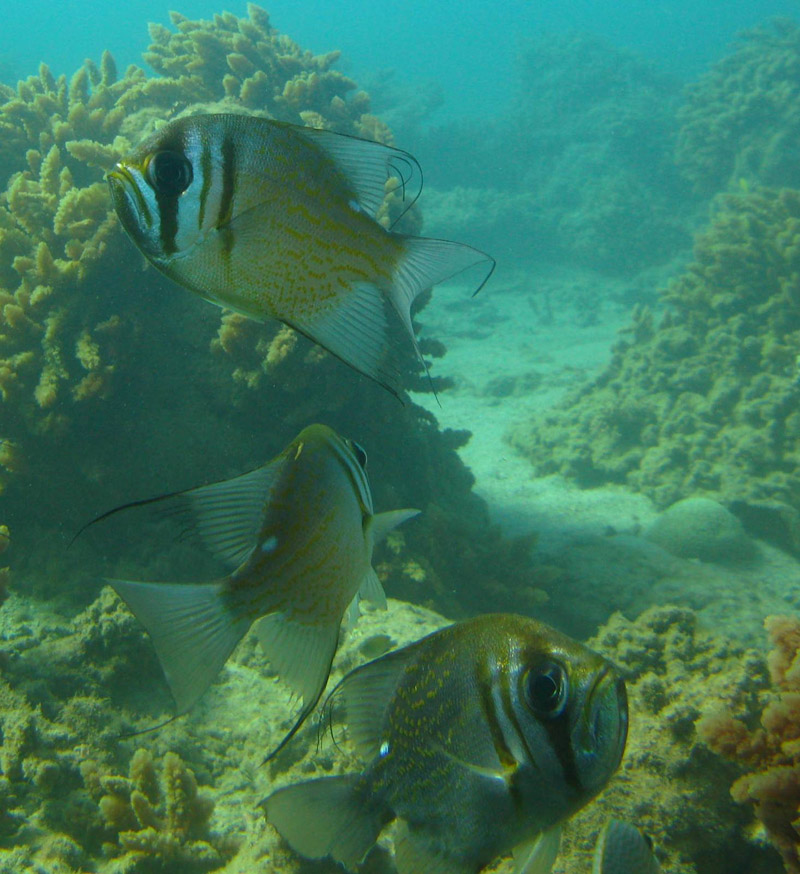 The primary goal of the Ningaloo survey expedition was to increase the size of the RLS team with experience in such difficult survey conditions – well, by difficult we mean challenging in terms of species richness, rather than the warm, clear water typical of coral reefs! The first thing anyone learns by doing surveys of diverse coral reefs using RLS methods is that there is an enormous trade-off in terms of enjoying the diverse and amazing marine life (including the rewarding feeling of constantly encountering and learning new species) and the substantially increased time spent going through species IDs and entering data at the end of each day surveying (compared with surveys of temperate reefs).

The team of Sylvia Buchanan, Paul Day, Carolina Garcia, Kevin Smith, Margo Smith and German Soler couldn’t have more quickly experienced this trade-off, but all of them put in an incredible effort to get past the mountain of learning (which equals time and effort!) required – by the end of the expedition proving themselves not only to be capable of handling the challenge, but also most clearly demonstrating enormous commitment to the program. The effort really had to be seen to be believed. 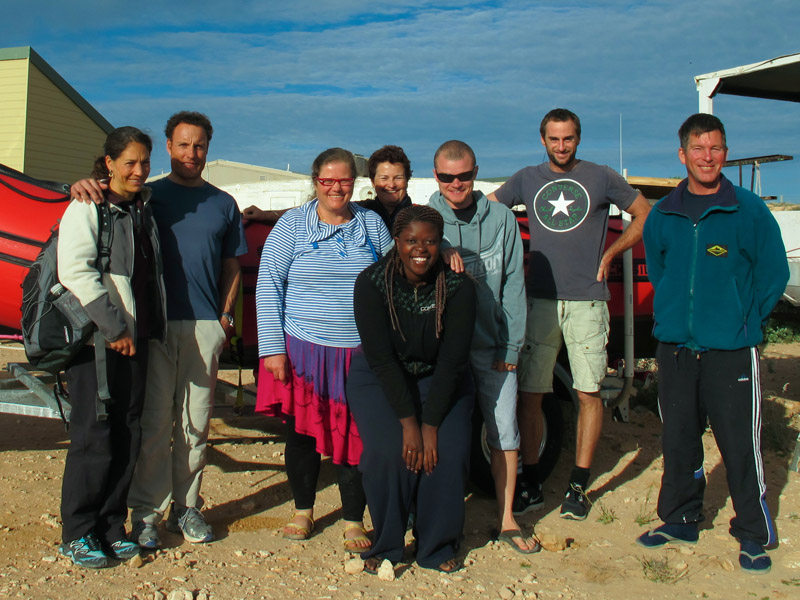 A second goal of the expedition was to collect robust data that could feed into the long-term monitoring and management of the Ningaloo Marine Park by the Department of Environment and Conservation (DEC). An ambitious goal in light of the need for divers to reach a very high bar in terms of data quality before data would be considered useful for such a purpose (or inclusion in the RLS database). With time and weather on our side and the massive effort by the team, this goal was achieved for a large number of priority sites for DEC: 30 transects were surveyed at 10 DEC priority sites out of a total of 53 transects at 22 sites (these numbers do not include training surveys; only those of high enough quality for addition to the RLS database and provision to DEC).