Despite the weather, Lord Howe Island was a great success! Completing 105 surveys from 35 sites which included over 250 species of fish (including cryptics) and over 100 different species of macro, mobile invertebrates!! A HUGE effort by all the team!
By John Turnbull
April 14, 2022
Share this post to:

I think we were all wondering what we were doing out there. We couldn’t see Rabbit Island, much less the huge Mt Gower, as we pulled out from the shore at Signal Point. The rain was coming across the lagoon horizontally, carried on a wind that whipped the surface of the water up over the bow. When we got to the mooring at Comet’s Hole, we all gratefully rolled into the quiet blue below the boat. Sadly, Justin (on boat watch) had to spend over an hour huddled in the “shelter” of the boat console… but we did surface with 4 completed transects.

This was probably the worst weather day, but it does describe the nature of this year’s RLS trip to Lord Howe - unsettled weather, coming from all directions, and often only vaguely resembling the forecast. We’d get sun for 20 minutes, then a squall and dump of heavy rain, then the sun would come out again. We had weather from the south, then the south west, then the north, then the south east… but thanks to the skill, knowledge and determination of the local Pro Dive and Marine Parks crews, and Toni’s calm daily “planning” sessions, we managed to get sites done each day. 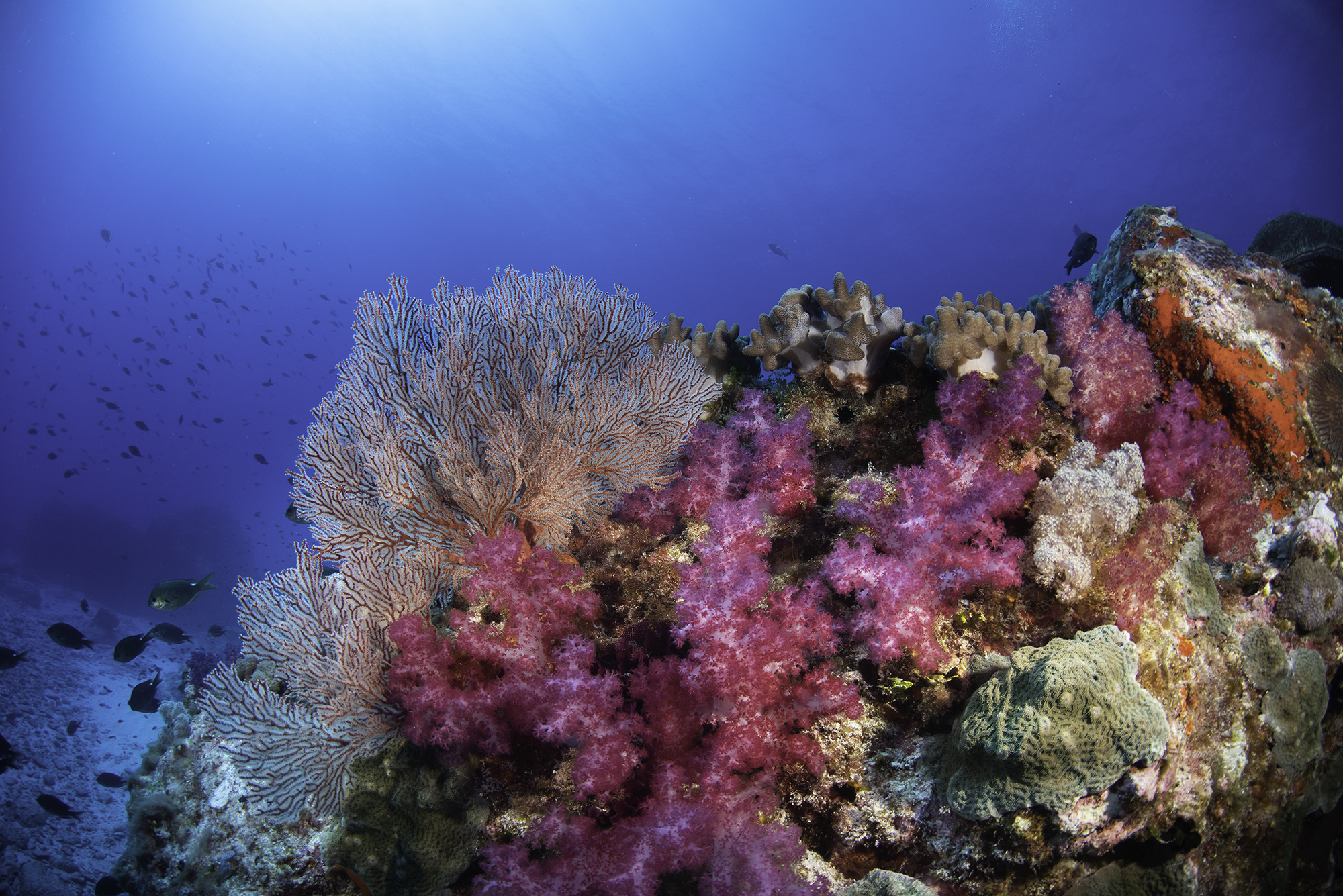 'The Observatory' at Balls Pyramid by Antonia Cooper.

Strangely, given the surface conditions, the water was clear and blue many days. The lagoon was a bit sloppy, but hey, with all that diversity, I’ll take a bit of wash and “only” 10 m viz. Sometimes it depended on the luck of the draw too (and whilst we’re all equal, some appear to be luckier than others). When we surveyed the submerged Phillip Rock, the northern sites were a washing machine, but the southern lee side was calm and cruisy.

It was hard to not ask whether these unsettled weather patterns, also reflected in some of the worst floods and coastal conditions recorded on the mainland this year, aren’t a sign of things to come. Despite being a cooler La Nina year, the GBR has just had its 4th mass bleaching event in 7 years. Fortunately, the corals at Lord Howe this year were in good condition; personally, I saw no signs of bleaching on this trip. Hopefully they will stay that way.

We successfully completed 105 surveys from 35 sites which included over 250 species of fish (including cryptics) and over 100 different species of macro, mobile invertebrates, - a mammoth effort by all the team! Some notable mentions included adult Double headers (Coris bulbifrons) - an endemic primarily to Lord Howe and Norfolk Islands - and juvenile Galapagos whaler sharks (Carcharhinus galapagensis) sighted in plentiful numbers this year.  Other endemics included the charismatic Amphiprion mccullochi, and Amphiprion latezonatus which always prove to be a pleasant surprise on any dive! The team at Balls Pyramid. Photo by John Turnbull.

A huge thanks to all involved; Justin and Caitlin from Marine Parks and new local RLS recruits San and Scruffy; RLSers Kris, Yanir, Josh, Lizzie and Toni; Pro Dive crew Aaron and Dave, and the LHI Board for providing accommodation at the Research Station. It’s such a pleasure to dive with such competent, unflappable people, gathering data that we know is essential to monitoring the health of life in our oceans, and supporting evidence-based conservation decisions.

Highlights for me this year were the company and can-do attitude of all my fellow RLSers, the creative dinners (which grew out of whatever ingredients we could find and afford at the local store), the diversity of fish species in the lagoon, the bluewater seascapes with colourful corals outside the lagoon, the afternoon run down to Ball’s Pyramid and back (accompanied by dolphins and sharks) to grab another two sites and the adventurous walks in our downtime hours, chaperoned by an abundance of the local wood hens which are rebounding now the rats are gone.