The Australian Governments Protected Species and Communities Branch recently asked RLS to run a  project involving targeted RLS surveys across SE Tasmania in areas where historical sightings have been made of Ziebells handfish (Brachiopsilus ziebelli) and red handfish (Thymichthys politus). These two species of Brachionichthyid are found only in SE Tasmania and are listed as threatened nationally, and no confirmed sightings have been made of Ziebells handfish in over a decade and only one very small population of red handfish has been known in recent years. Very little is known about these species, and the project effectively involved looking for needles in a haystack! Round, lumpy needles…. and more a seaweed-stack! 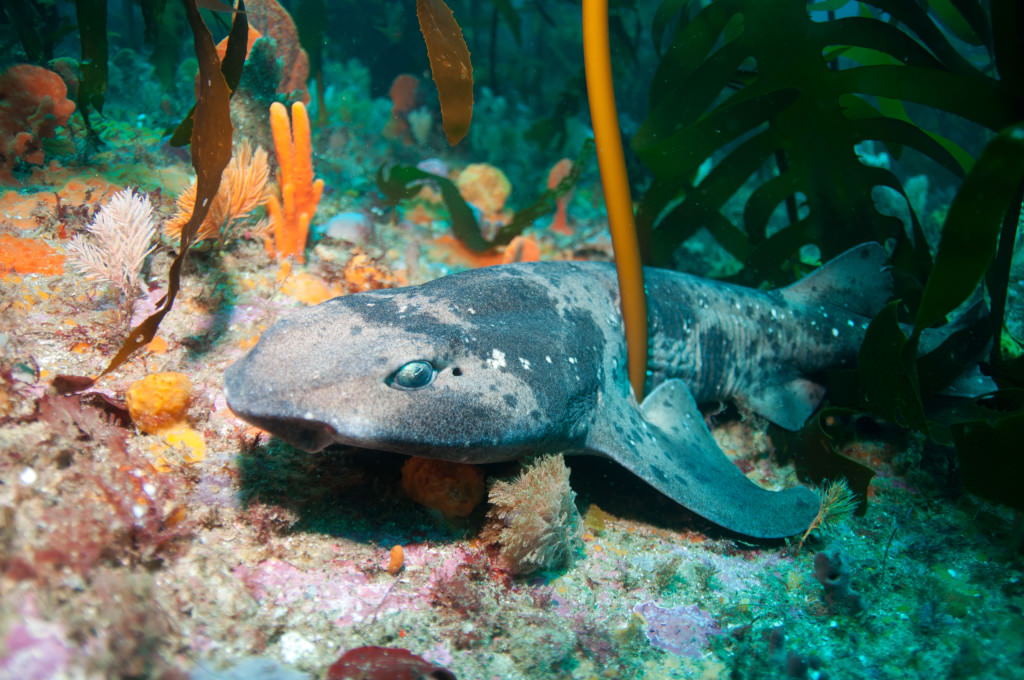 The first component for this project was to gather a team of RLS divers for a 4 ½ day survey expedition on the Tasman Peninsula. The idea was to survey and search the deeper locations at which Ziebells handfish have mostly been found, as well as the location of a red handfish sighting by early Tasmanian convicts in Port Arthur and the one red handfish population known from recent years not far from the Tasman Peninsula. The small but very skilled team included Carolina Garcia, Paul Day, Andrew Green, Caroline Mason, Tanya Mendo, German Soler, Toni and Rick, and was based at the Eaglehawk Dive Centre, diving off the generously loaned Aquenal Pty Ltd vessel (which was absolutely perfect!).

Unfortunately, no Ziebells handfish were found, despite surveying and searching the three best-known and most likely locations for this species, along RLS transects and searching depths down to 38m and in large sea caves. The maze of cracks and crevices in Cathedral Cave, where the most individuals have been found in previous decades, was surveyed and then scoured by the RLS crew with torches, for no handfish. But this search did turn up a very interesting find – both Andrew and Paul independently found the same individual of an icefish, Halaphritis platycephala, a very rare find of a species believed to possibly be the basal member of all modern icefishes and toothfishes.
Despite likely-looking red handfish habitat in Port Arthur, no handfish were found on four dives there, and the last dive of the expedition in the one currently known red handfish population turned up one individual in a total of over 4 diver-hours over the only 70m stretch of reef they show up on. At least this provided confirmation that red handfish do remain on this reef year round, and that it is not just used as a breeding/egg-laying location in winter/spring. 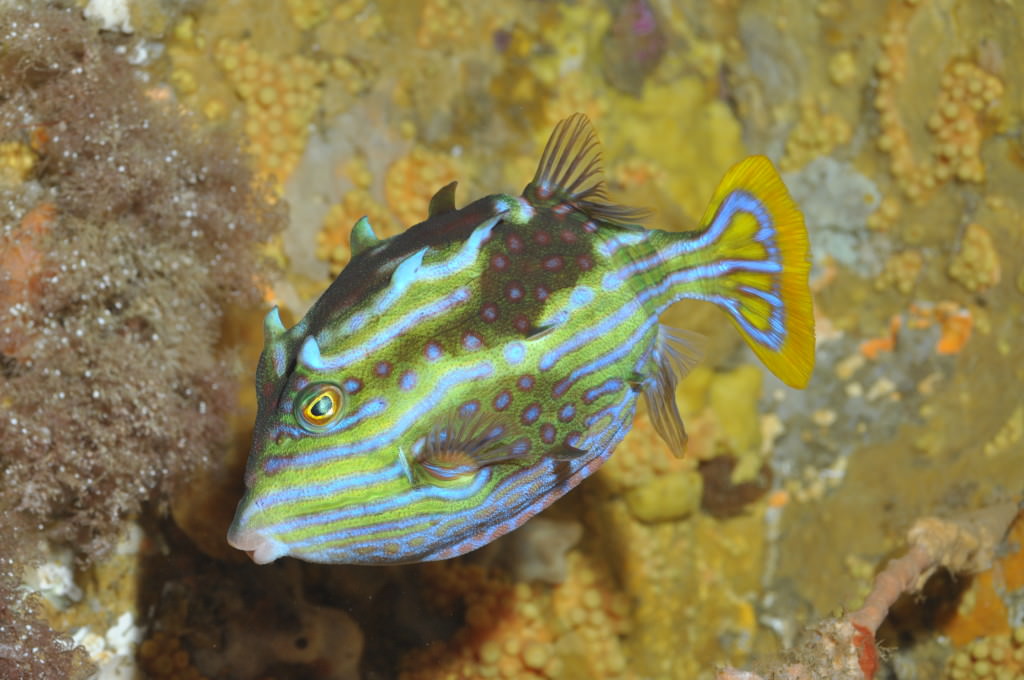 Despite what can only be considered moderate success on the handfish front, the team was rewarded for their commitment with unbelievable conditions – visibility exceeding 20 m and no swell, allowing dives on the most exposed and typically inaccessible sites such as the outer Sister, Thumbs and off the end of the Lanterns.

The diving was extraordinary, with amazing sessile growth and swarms of butterfly perch contributing to explosions of colour and life. Numerous warm-water NSW species were observed (e.g. Hypoplectrodes maccullochi, Ophthalmolepis lineolata, Chromis hypsilepis,Parma microlepis) and interesting and stunning deeper-water species (e.g. Callanthias australis). Apart from lots of shivering in between dives, the whole team was raving about the natural beauty of the Tasmanian marine environment hidden below the dense layer of kelp. Maybe RLS divers in the next round of surveys for this project will just happen upon a small handfish nestled amongst this colourful and less-frequently visited habitat…..